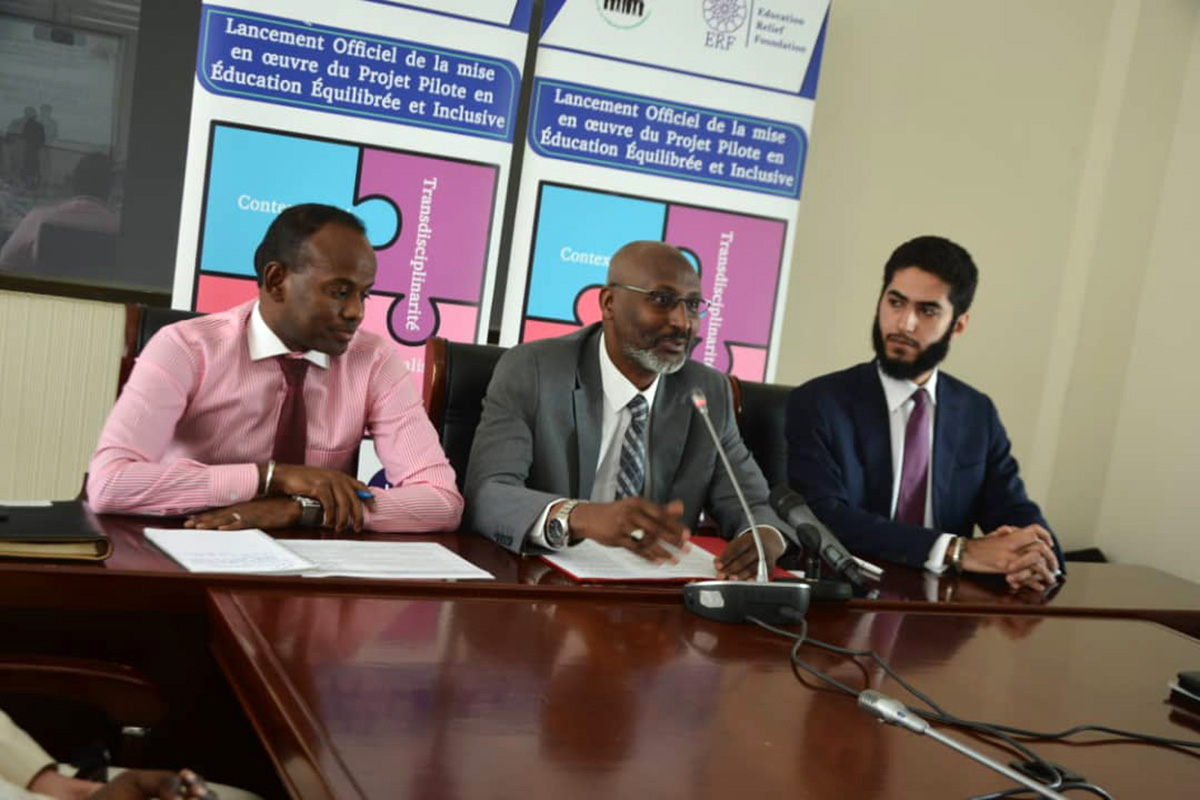 29 October 2019, Djibouti City – The President of the Education Relief Foundation (ERF), Manssour Bin Mussallam, joined the Minister of Education of Djibouti, HE Moustapha Mohamed Mahamoud, and its Minister of Decentralisation, HE Hamadou Mohamed Aramis, to launch a new BIE pilot project to be implemented at six Djibouti schools in Djibouti City and the surrounding area (4 urban, 1 peri-urban and 1 rural). Immediately after the launch, a group of teachers, assessors and head teachers began a three-day workshop as the pilot project’s first activity.

“This will be a Djiboutian initiative, carried out by Djiboutians,” said ERF’s President. “As it must be, because an education that does not recognise national priorities, community aspirations, local realities, and the individuality of students, is not an education. It is an alienation factory.”

The Minister of Education of Djibouti said: “Djibouti is the first country to undertake one of these BIE pilot projects, and that is because it corresponds well with educational reforms we are already embracing – Djibouti is ready for this change.”

The ERF President also took care to explain the background to the 4 pillars of BIE, before the group began the intensive workshop sessions led by ERF’s Head of Programmes, Amapola Alama.

The activities are being held at the People’s Palace in Djibouti City. About 60 teachers, assessors and head teachers are taking part.

ISESCO to Co-Host Regional Consultation on UDBIE in Morocco