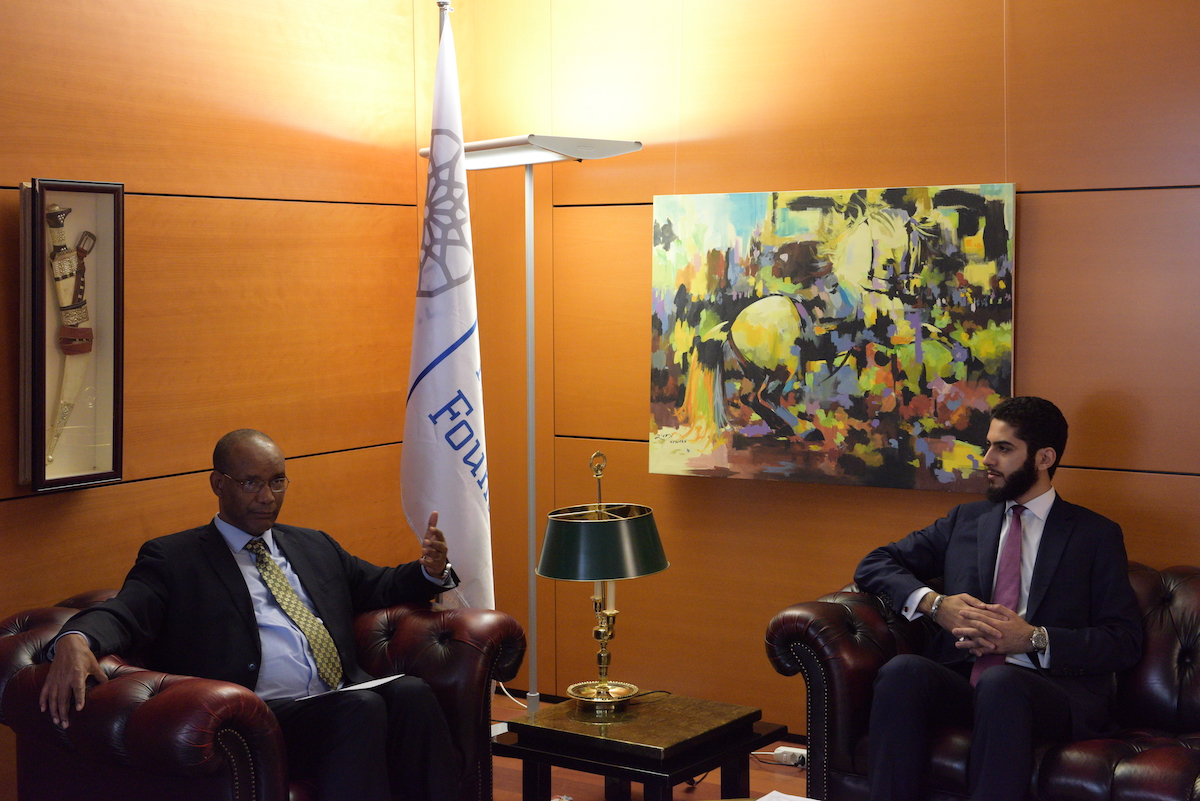 10 October 2019, GENEVA – His Excellency Dr. Tilaye Gete, Minister of Education of the Federal Democratic Republic of Ethiopia, was at ERF headquarters in Geneva on 9 and 10 October for discussions in the leadup to III ForumBIE 2030 and the signing of the Universal Declaration of Balanced and Inclusive Education (UDBIE).

The III ForumBIE 2030 will be held from 27-29 January 2020 in Djibouti with the overall aim to develop strategies for achieving the United Nations Sustainable Development Goal 4 (SDG 4) on inclusive and equitable quality education. It will conclude with the signing of the Universal Declaration on Balanced and Inclusive Education.

H.E. Dr. Gete and Fuad Ibrahim Omer, Deputy Permanent Delegate of the Federal Democratic Republic of Ethiopia to UNESCO, offered their thoughts and recommendations on the content of various texts due to be presented at the Forum. All of the governments planning to send representatives to Djibouti have been asked for such feedback.

“What I like [about this BIE approach] is the peculiarity, and the specific context of each country – what does inclusion mean, and what does exclusion mean, for the European community, for the African community, for Latin America and Southeast Asia?” said Gete, reflecting on his discussions about the Universal Declaration and the plans for its implementation. “Thank you for mobilising these conceptual issues, globally, and bringing it all together. And we still need you to work more.”

ERF President Sheikh Manssour Bin Mussallam thanked the Minister for his continued support and commitment to BIE, and emphasised the importance of leadership from countries such as Ethiopia in turning the aims of the Universal Declaration into a reality.

Ethiopia was one of the first governments to sign on to the International Call for Balanced and Inclusive Education, which mandated ERF to formulate a Universal Declaration. H.E. Dr. Gete emphasised his government’s commitment to BIE, the relevance of this initiative to his country’s challenges and aspirations, and the importance of ongoing, transparent cooperation amongst states and across sectors for the best possible results.

ISESCO to Co-Host Regional Consultation on UDBIE in Morocco

Visit to Morocco: ISESCO becomes the 40th signatory of ICBIE