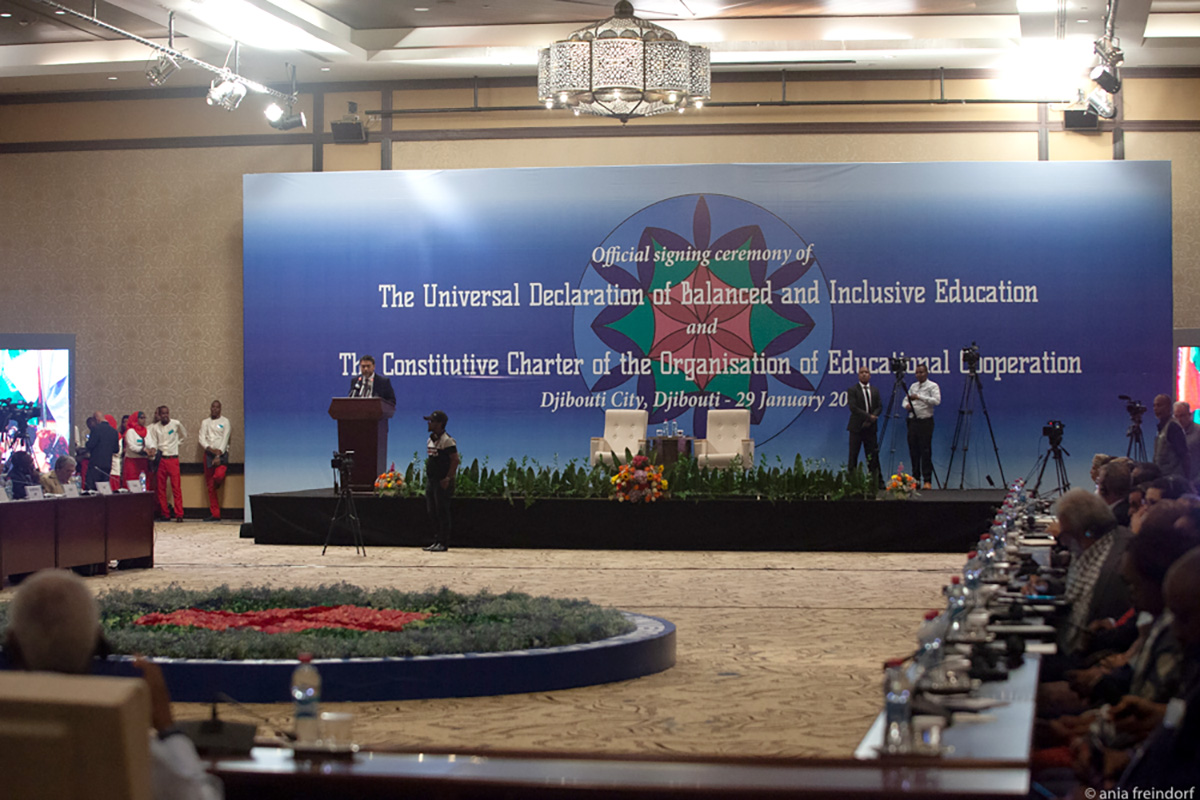 Djibouti City, 29 January 2019 – At the Closing Ceremony of the III ForumBIE 2030, 38 governments, civil society organisations and academic entities became the first to sign the Universal Declaration of Balanced and Inclusive Education (UDBIE). Furthermore, with the objective of achieving the aspirations and commitments contained within the UDBIE, 30 signatories, including governments and civil society organisations, agreed to establish the Organisation of Educational Cooperation (OEC), a new international organisation from the Global South creating platforms and mechanisms of solidarity-based technical and financial cooperation and support for educational reforms.

The OEC, whose General Assembly will function on the democratic basis of one country, one vote, ensuring accountability to its Member States which will benefit from its support, will also count civil society and academic organisations as Associate Members with limited rights.

The OEC will be established with a wholly-owned financial subsidiary, accountable to the General Assembly, capable of generating funds ethically and sustainably in support of educational reforms. This subsidiary, structurally directed towards investments in socially and ecologically responsible projects in its member states, will eventually fully finance the organisation’s operations and provide funds for the OEC to support Member States’ education systems with solidarity-based financing.

The OEC is designed with a rational, streamlined structure, follows a strategy of efficient systematic intervention, and puts education at the service of communities, of society and of national development as required by the commitments made in the UDBIE.

The OEC’s first Secretary General has been elected with the task of setting up and presiding a Preparatory Committee, which will lay the groundwork for the OEC until the Constitutive Charter of the Organisation enters into force, upon its ratification by a minimum of 10 of the founding State signatories. The Constitutive Charter’s entry into force will trigger the convening of the first General Assembly.

All signatories to the UDBIE embrace the four key pillars of balanced and inclusive education: Intraculturalism, Transdisciplinarity, Dialecticism and Contextuality. They commit to applying these principles within their education systems, with the cross-sectoral support of the OEC, based on the contextualised needs of their populations, their national priorities, and the global imperative of sustainable development.

The Education Relief Foundation (ERF) is a Geneva-based not-for-profit and non-governmental organisation which serves to develop, promote and embed a balanced and inclusive education through policy development, capacity building and civil society engagement, amongst other activities.

Education systems fit for the future? The Global South is taking up the challenge